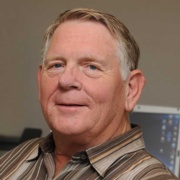 Ever since he was old enough to know that things could come apart, Gary Starkweather (‘60, physics) loved science. Born and raised in Lansing, Mich., Starkweather grew up interested in model trains, radios and other electronic gadgets.  It was this keen interest that ultimately led Starkweather to invent the laser printer, which revolutionized the commercial printing industry and transformed workplace and home offices.

Growing up about 3 miles from the MSU campus, Starkweather developed a strong affinity for the university and enrolled there after high school graduation. Although initially interested in electrical engineering, Starkweather opted for a bachelor’s degree in physics. During his junior year, Starkweather worked for physics professor T. Harvey Edwards, whose research piqued his interest in optics.

“Dr. Edwards was working on molecular spectroscopy – he was trying to determine the physical distance in molecules of certain types of chemicals,” Starkweather explained. “That involved the use of a spectrometer, diffraction readings, lenses, etc., and I was hired to help with data reduction. This got me very excited about optics – I was particularly fascinated with the lenses and what they did. So, after graduating from MSU, I headed to the University of Rochester, the only university in the country at the time that offered a formal degree in optics.”

With an M.S. in optics from the University of Rochester and after an 18-month stint at Bausch and Lomb, Starkweather went to work for Xerox, intrigued by the imaging technology the company was developing. One of his initial projects was the highspeed facsimile machine. Tasked with the challenge of getting enough light on the paper and getting the output device to create an image, he suggested using lasers, a new technology then. His idea worked.

Then one day in 1967, Starkweather was sitting in his lab looking at these big mainframe facsimile machines when he started thinking, “What if, instead of copying someone else’s original, which is what a facsimile does, we used a computer to generate the original?”

And so the idea of the laser printer was born. Lasers were an immature technology then, however, and cost about $3,000 each, an issue that proved to be a real sticking point with Xerox, which subsequently asked Starkweather to stop working on the project.

In 1970, Xerox announced plans to build the Palo Alto Research Center (PARC) in California. Starkweather called PARC and received a positive reception for his project so in 1971, he moved with his wife, Joyce (nursing, ‘62) and two children, Amy and Keith, from Rochester to California. Just nine months after joining PARC, he completed the first working laser printer.

“After that, things really took off,” he said.  “By 1973, we had working models of this printer.  Xerox then decided to transfer some of the technology to pursue a product.”

The result was the Xerox 9700, the industry’s first commercial laser printer, introduced in 1977.

“It was a wild success, “Starkweather said. “The first units that came out did a million prints, which blew away the market projections.”

After 24 years of service, Starkweather left Xerox in 1987. He spent the next 10 years at Apple Computer and then joined Microsoft Research in 1997, where he worked for eight years before retiring in 2005.

In 2012, Starkweather was inducted into the National Inventors Hall of Fame. Though he appreciates this prestigious honor, Starkweather derives his greatest satisfaction as a hall of fame inductee from the opportunity it affords to reach out to those coming behind him.

“Helping students and young scientists has always been a passion of mine,” he said. “As an inductee, you get to be a part of the undergraduate judging panel for the collegiate exams. In addition to seeing the fascinating work these kids do, I get a chance to mentor them, to sit at dinner with them and tell them, ‘You’re going to run into some issues, but we’ve all run into those; here’s what to expect and here’s how to handle them.’

“One of the crucial things for people to know – especially young people getting started – is that perseverance is so important,” Starkweather added. “Failure is important to success – whether it’s a child learning how to walk, roller skate or ice skate, you fall down a lot – that’s the key to learning how to do it.”